A trip to Yellowstone National Park in October 2012 had me thinking about photographing the wildlife that live there in winter. As luck would have it I was back again at the end of December in this beautiful wilderness. Most of the roads in the park are closed at this time of year due to the amount of snowfall but the one from Gardiner to Cooke City is kept open. This road travels through the Lamar Valley that is home to several Wolf packs as well as Coyote, Elk, Fox and Bison, to name a few. 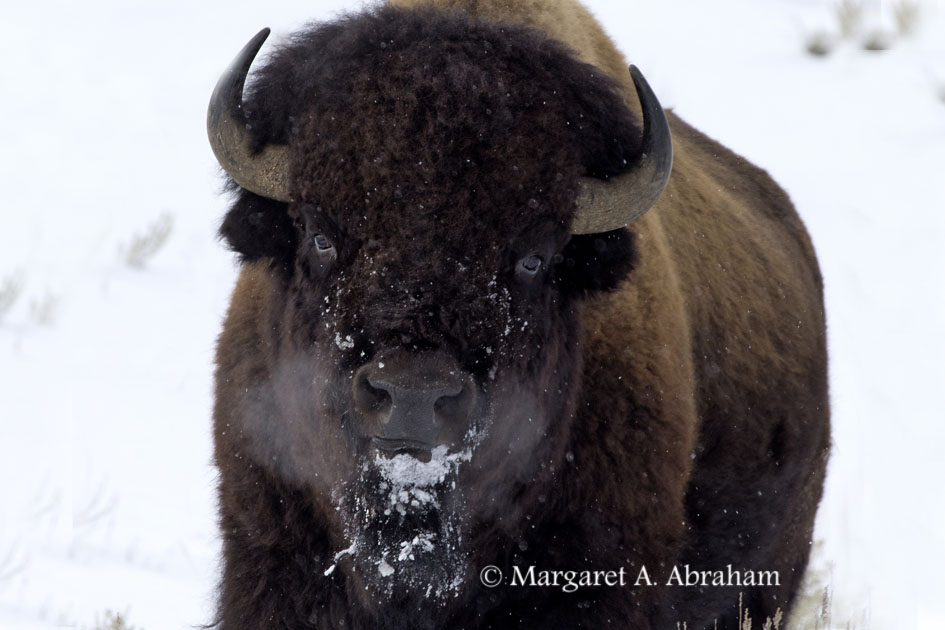 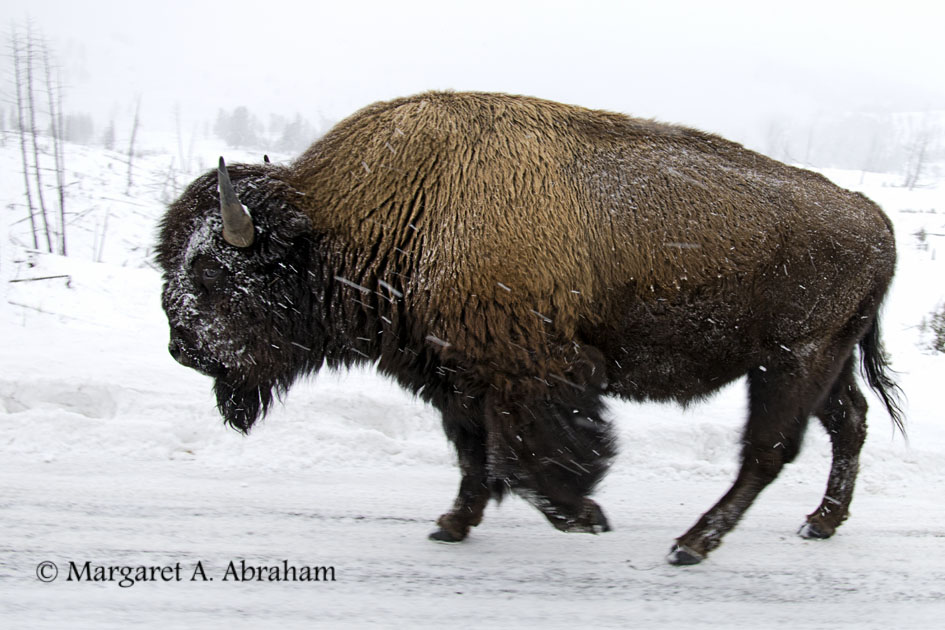 The Bisons hooves look so tiny and the legs so skinny compared to their 1,300 to 1,500 pound bodies. The massive shoulder hump of muscle enables the Bison to swing it’s head from side to side to plow away the snow to expose grasses and sedges that they feed on. 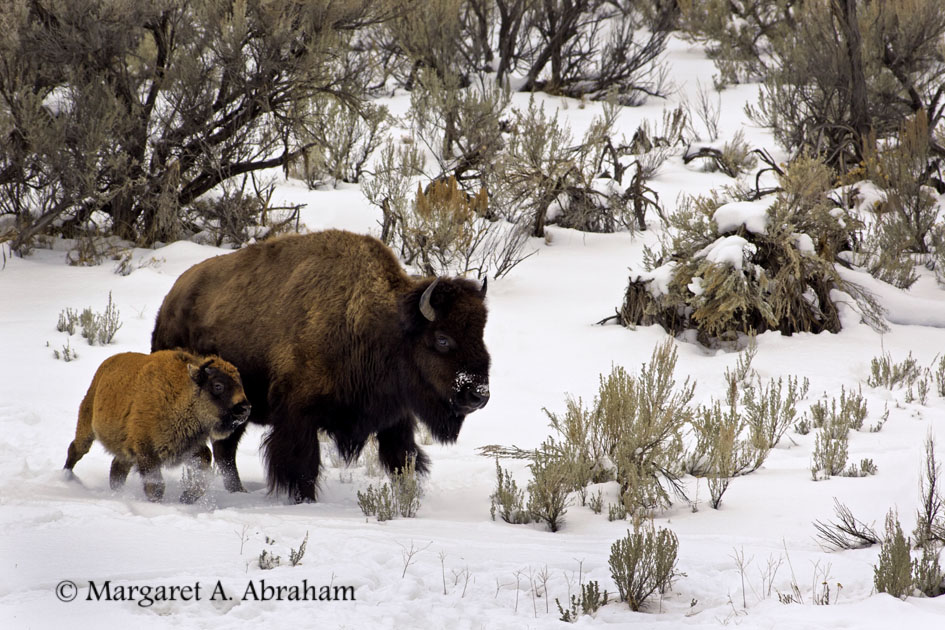 The Bison I saw in December made use of the windblown areas to gain easier access to food and they often traveled along the roadway to avoid the deeper snow. It was common to go round a bend and come face to face with a Bison or find another vehicle had slid into the ditch to avoid colliding with one. It was quite a surprise to see a fairly young Bison calf trying to keep up with it’s mothers long strides. It’s reddish brown thick winter coat was a contrast to the mothers very dark brown coat. I hope the winter will not be too severe and it will survive to see spring. Maybe I’ll have to make a trip there in May. I invite you to have a look at more of my wildlife photography.