I’ve often seen wildlife playing. Their lives are not just about sleeping, eating and breeding. In Yellowstone National Park at the end of December 2012 I was fortunate to see two River Otters playing. Maybe they had just eaten and were not hungry but this was playtime. Sliding down the river bank on an ” Otter made ” slide, slithering in and out of the water as they kept their eyes on me. Unfortunately the snow conditions prevented me from being at a good angle to photograph their slide which was almost hidden by vegetation. I wasn’t prepared to make a ” Margaret slide ” which would have taken me down the bank and into the river with them. There was plenty of joy watching them from a distance. Having a few days to photograph wildlife also gave me chance to get some Photographs of Bison in Yellowstone National Park 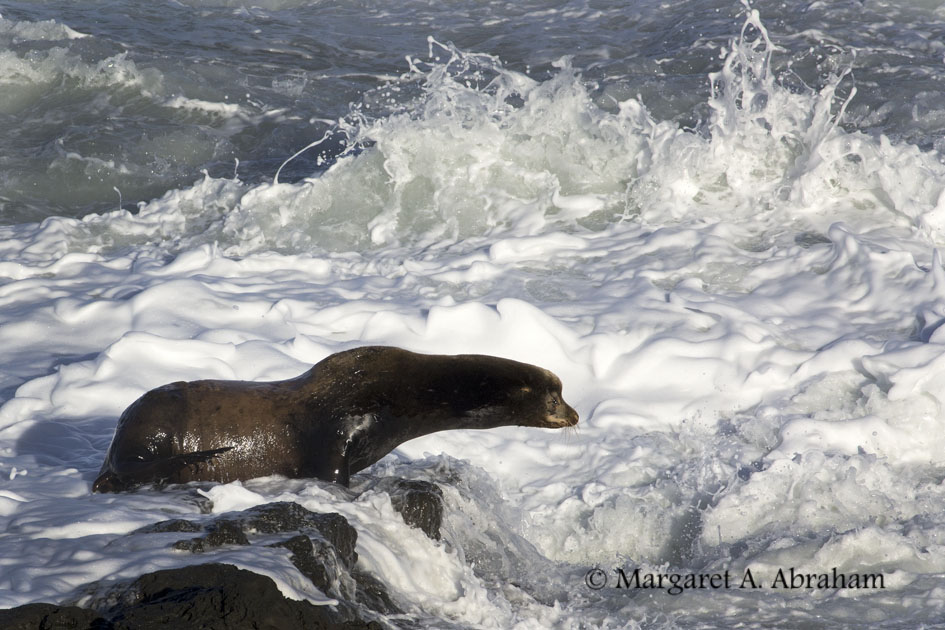 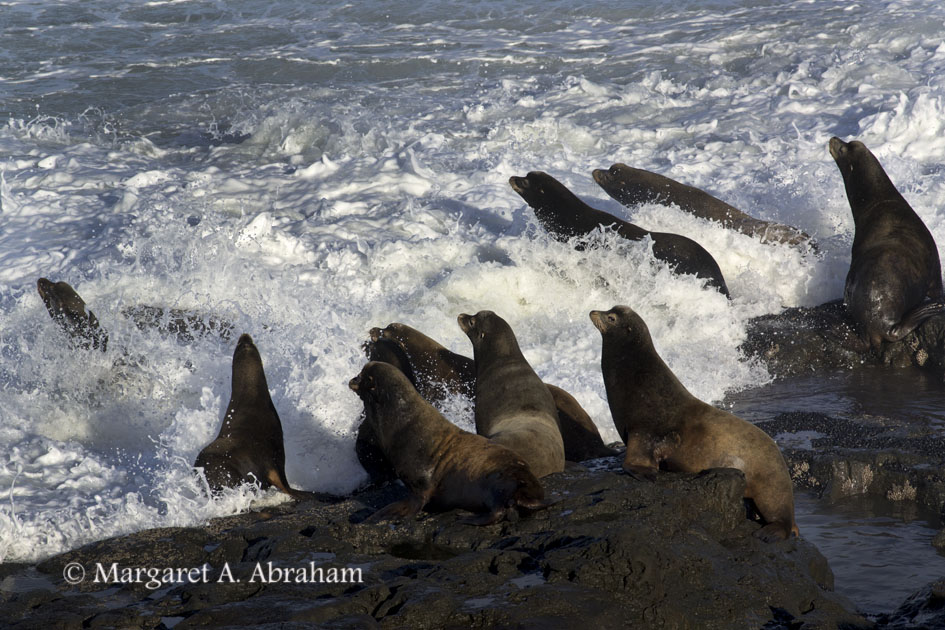 Eight days later I was watching California Sea Lions playing in the surf. Large colonies of Habour Seals, Elephant Seals and California Sea Lions congregate on the rocks at Cape Arago along the Oregon coastline. I’ve never seen so many Sea lions living in a relatively small area and the noise was terrific. As with many species of wildlife it is illegal to get too close to the Sea Lions but special viewing platforms on the cliffs were positioned perfectly. The California Sea Lions were the ones that were at play. They would sit on the rocks waiting for the waves to roll in, slither into the ocean just like the Otters slithered into the river. Then they would roll in the surf, play with each other and do it all over again. Another marvelous sight to behold.