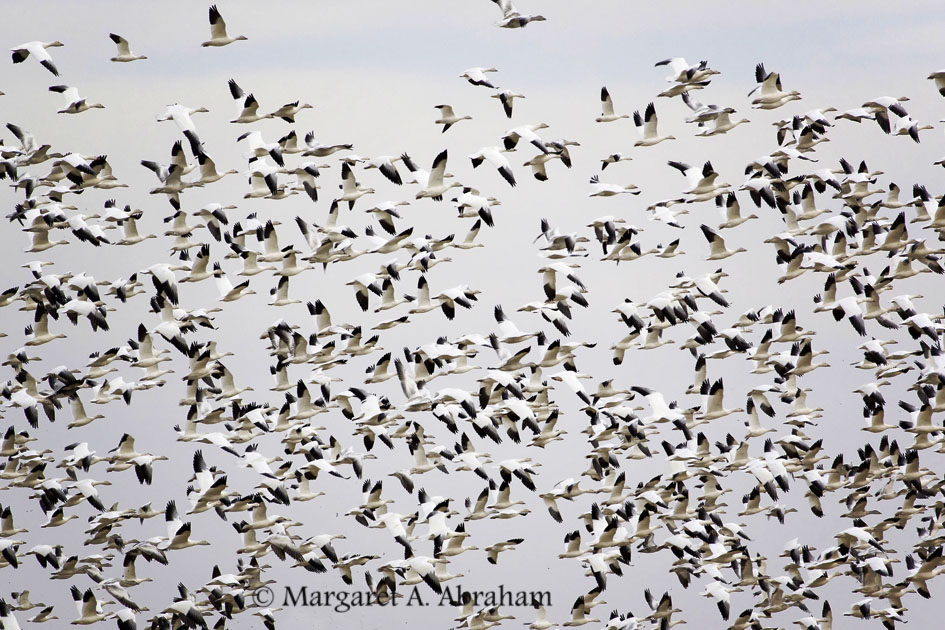 My home is in the mountains and I can’t imagine living anywhere else but I do enjoy traveling to photograph deserts, oceans, forests and rolling hillsides. With family now living in the Alberta prairies I find myself photographing this landscape and it’s wildlife more often than I thought I ever would.
During the spring, summer and fall the prairies are full of life, much of which is clearly visible. Tractors and combines are busy working in the fields then in November there is the first sign that winter is just around the corner. Thousands of ducks and geese migrate through, feeding in the fields of stubble left to stop the winter snow from being blown away. One of the most spectacular sights is that of the Snow Geese at sunrise and sunset as they fly to and from feeding locations in V formations calling loudly as they go. After they are well fed they leave for their warmer winter homes. 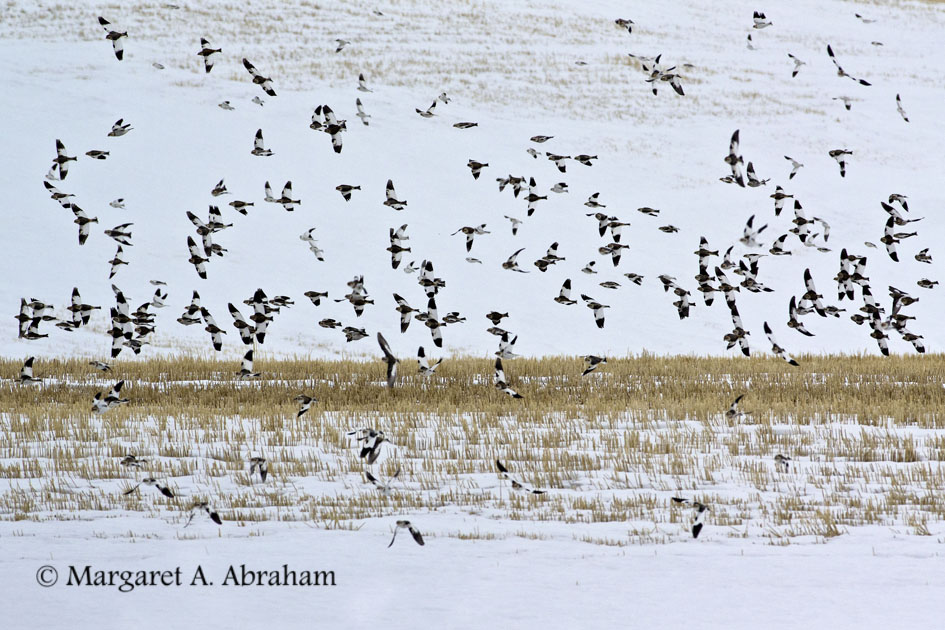 Suddenly winter comes to the prairies and except for the regular howling winds all seems still and quiet. However, that is not quite true. Coyotes and Foxes search for mice scurrying under the snow.
Mule Deer, White-tailed Deer and Antelope feed amongst the fields of stubble and a few other animals stay around. While driving some back roads early one morning I was suddenly aware of a huge flock of small birds rising from a field, flying a short distance then landing again. Some of them came to rest in some nearby bushes so I drove closer, pulled as far off the road as I could, I wound down the passenger window and turned off the engine. With my bean bag hanging over the open window and my camera resting on it I sat photographing for over an hour. The birds were Snow Buntings. They spend their summers in the Arctic where they nest, then in the winter they travel south to feed in the winter fields. 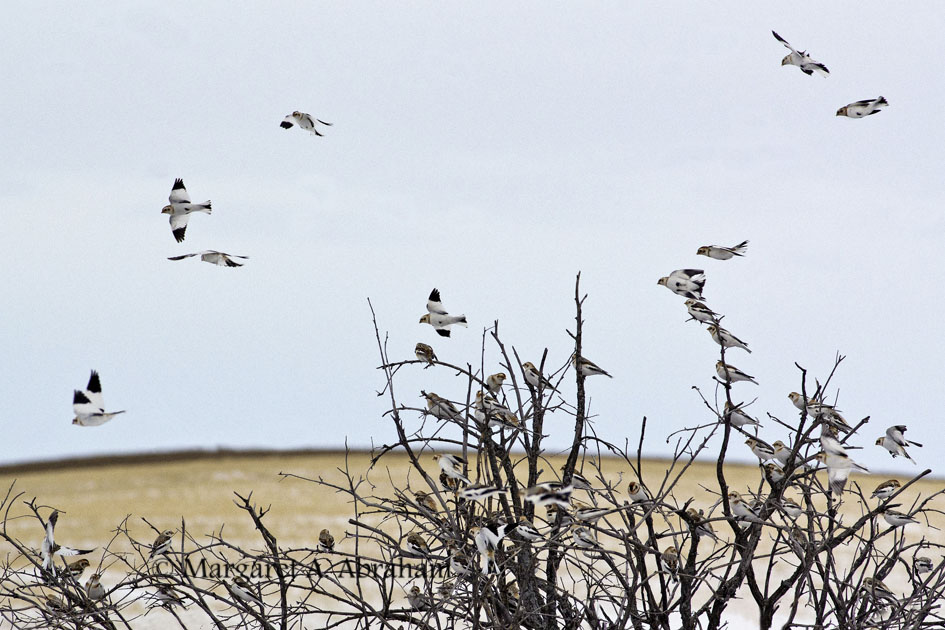 A vehicle makes a good hide as many wildlife species are used to them and don’t feel threatened. During the time I sat watching more Snow Buntings would land in the bushes then gradually they would get brave and look for seeds in the grasses close by. Finally they were hopping around my car and just below the window. Once in a while they would lift off in unison from around me, fly up and over my car making me wonder how they missed coming through the window. I even ducked a couple of times just in case. The sound of their constant chattering and the noise of their wings broke the winter silence. Their striking black and white plumage is a sharp contrast to the white snow but when they fly past bushes or fields with little snow they seem to disappear in an instance. 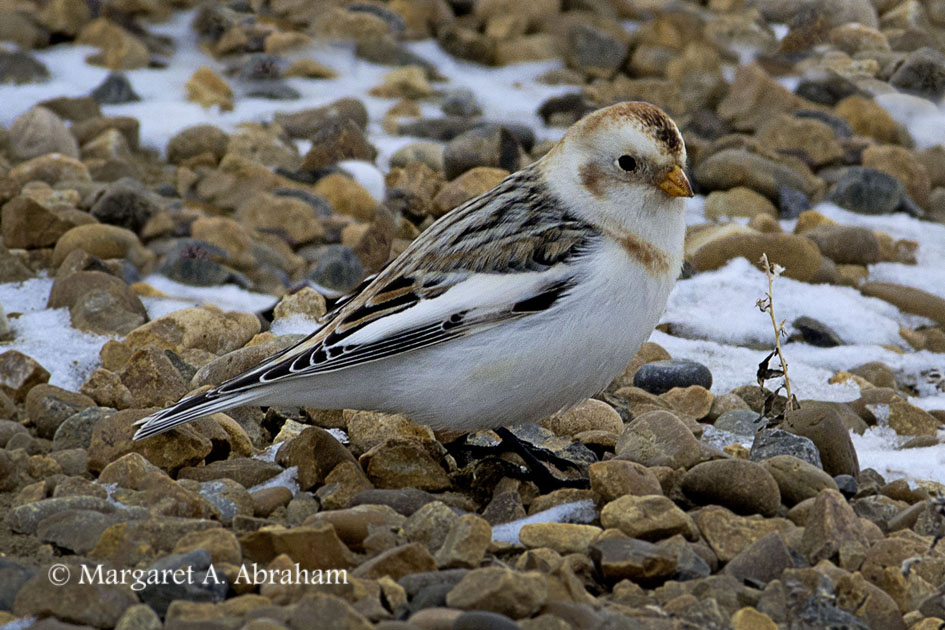 When the snow leaves the prairies so will the Snow Buntings. They’ll fly back to the Tundra to nest and return in another year. To see more Snow Bunting photographs please visit my wildlife photography