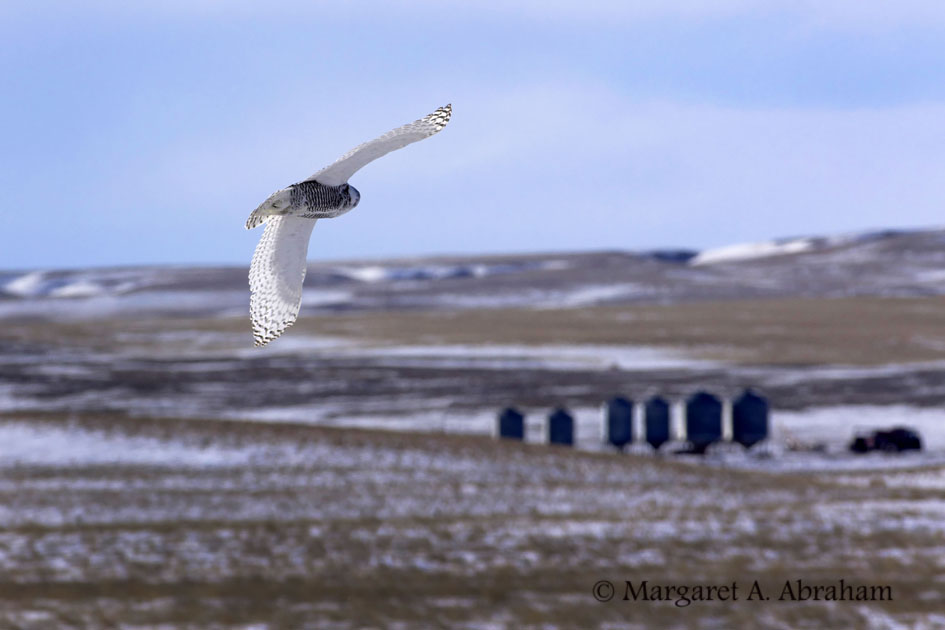 Snowy Owl flying over the Prairies

It’s freezing outside, the landscape is white and sometimes in the flatness on a windy day there might be a pair of yellow eyes watching. The eyes belong to the Snowy Owls that leave the Arctic and fly south for the winter. Some of them travel to the Prairies, a flat snow covered landscape that reminds them of their Tundra home where they nest in the summer.
During a recent trip to Hanna, Alberta I spent time driving the back roads looking for theses magnificent birds. Some days I would only see them in the distance, sitting in a field looking like a lump of snow until their heads would turn to look at me with bright yellow eyes. Other days they would be sitting high up on power poles until I approached and then they would effortlessly take off and glide silently over the fields. 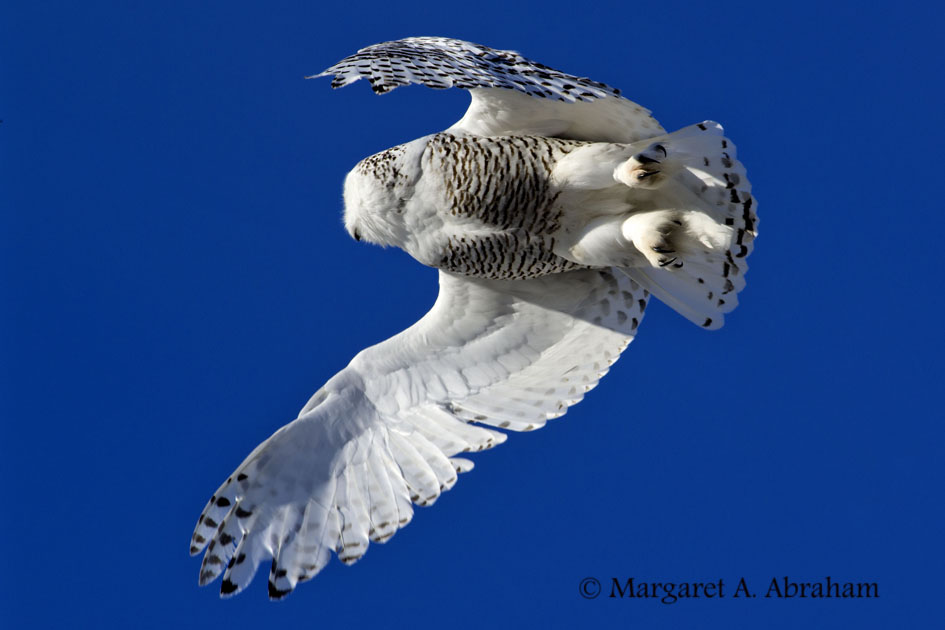 Feathered down to the tips of their toes for warmth, Snowy Owls can remain active during very cold temperatures, even when there is a wind chill that ruffles their feathers. Some days I would see many Owls sitting high on the power poles and most of them would fly off soon after I stopped my car. 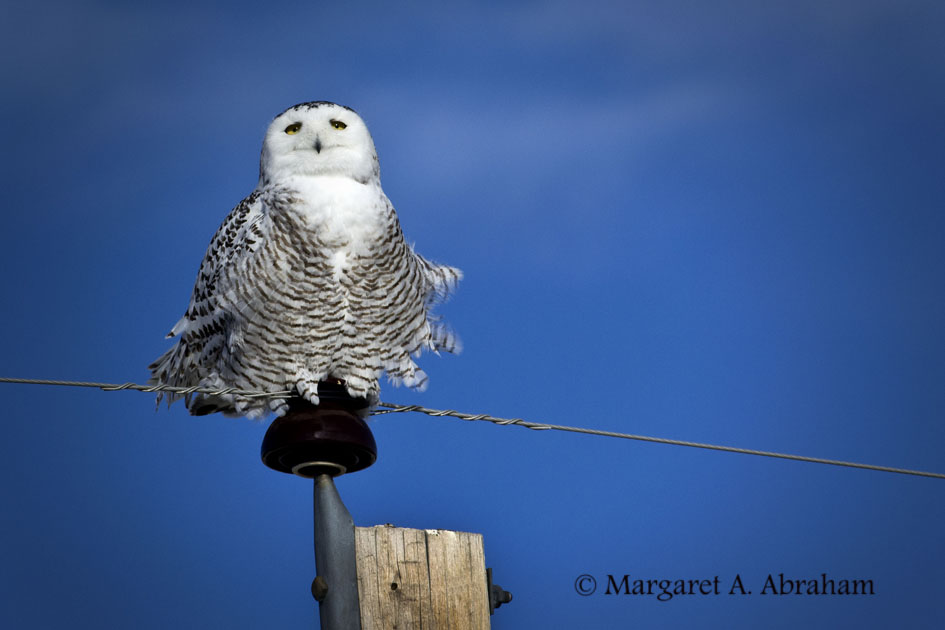 There was one female Owl who was very tolerant of me and I returned to her piece of territory several times.She would watch me for a while then turn her attention to the sounds and sights of her Prairie landscape. Howling Coyotes didn’t go unnoticed and neither did a small Hawk that flew overhead causing her to tip her head backwards to keep watch. As long as I stayed in my vehicle she would sit for extended periods of time but as soon as I would step out she would leave silently within the blink of an eye, not making a sound. 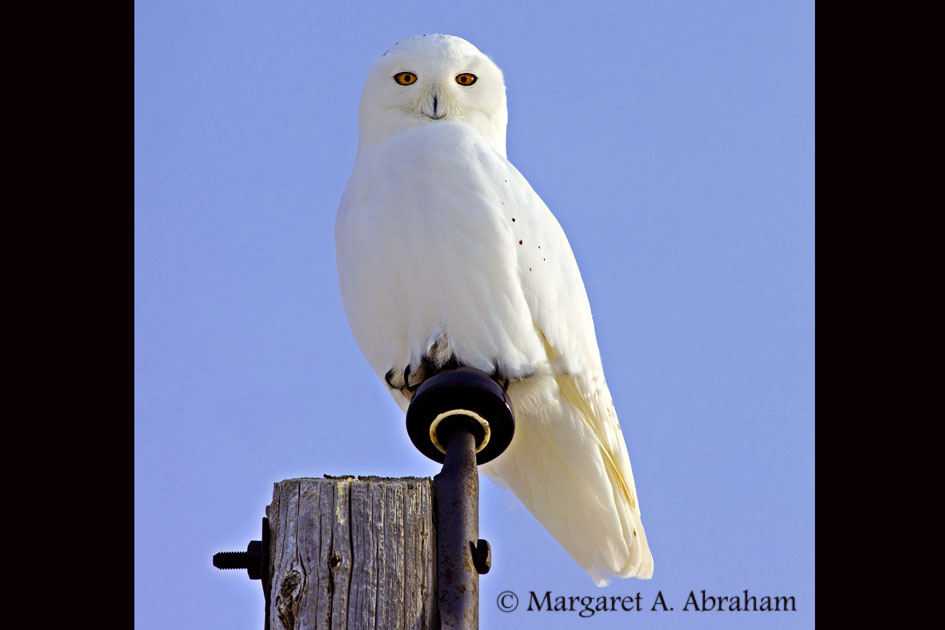 Female Snowy Owls have flecked grey-brown wings and back and dusky barring on the breast. The adult males are smaller and almost pure white. More Snowy Owl photographs can be seen by visiting my Wildlife Photography page.