The second Accreditation I submitted to the Professional Photographers of Canada was for Wildlife Photography. This one was also accepted and the Overall Quality was said to be VERY GOOD so as with the Animal Photography I was very happy. The following photographs are five of this submission. 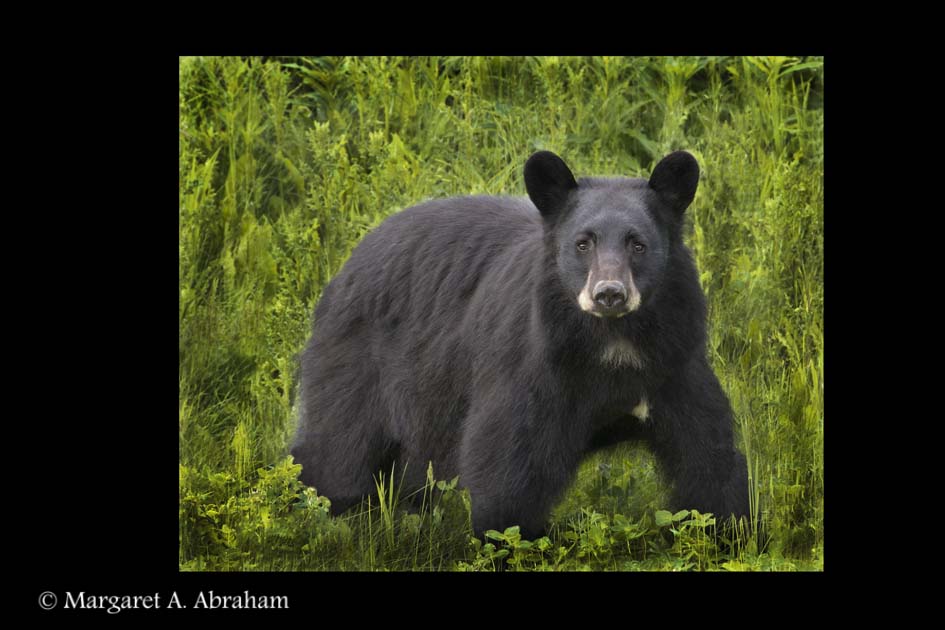 This Black Bear was feeding on the lush greenery when I stopped to photograph him. His large “Micky Mouse” ears show that he is not too old, maybe a teenager. He watched for a while as I took photographs from my car then he continued feeding before running into the bush. 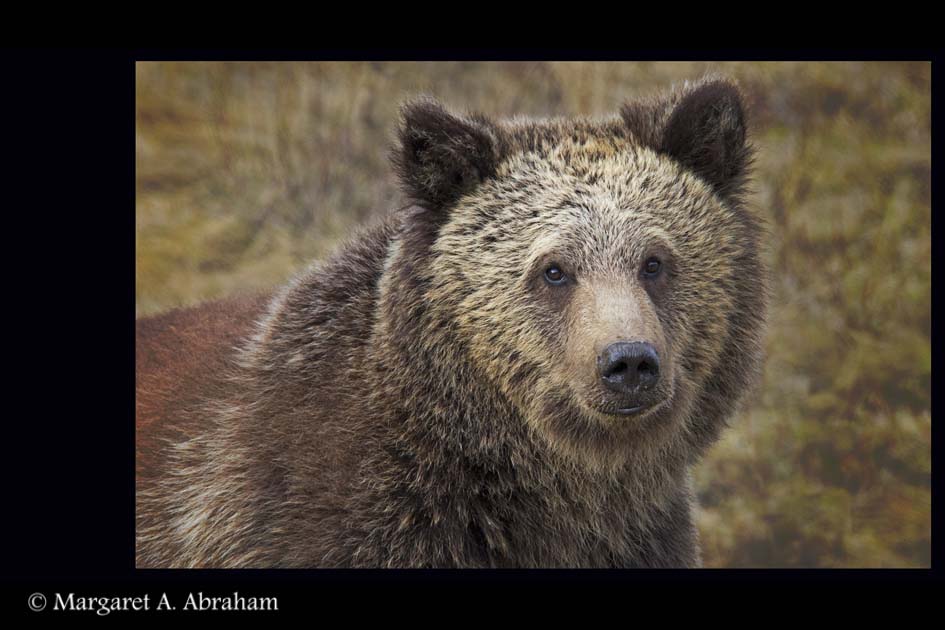 I spent over an hour watching this Grizzly Bear near Grande Cache last Spring as he fed on roots that he would dig up using his massive claws. I took over 300 photographs while staying safely in my car. 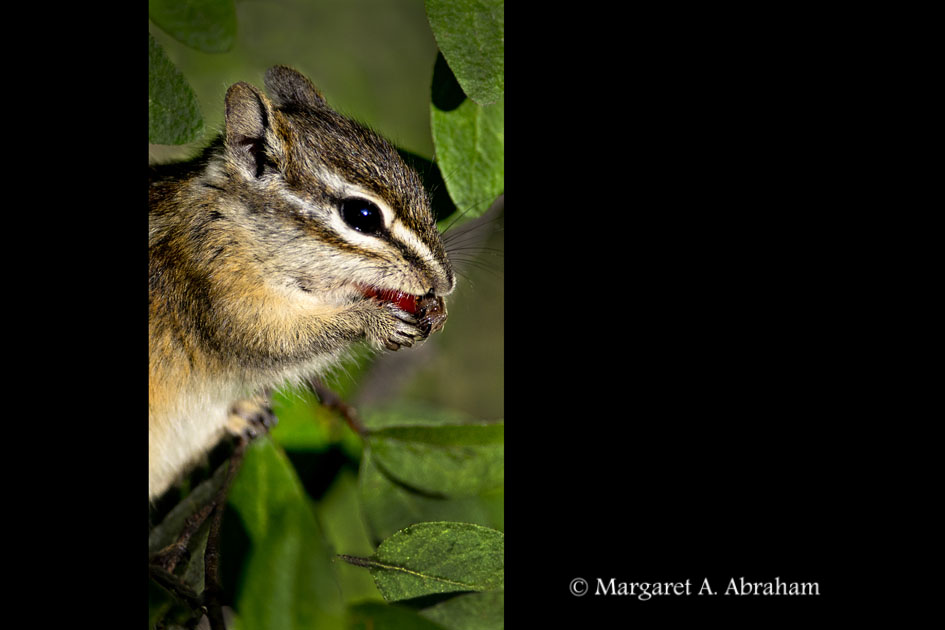 It took quite a while to get this photograph as the Chipmunk seemed to like the berries that were behind the leaves. Chipmunks can often be seen in the mountains of Grande Cache and like other members of the Squirrel family are curious and will come quite close if one stays very still. 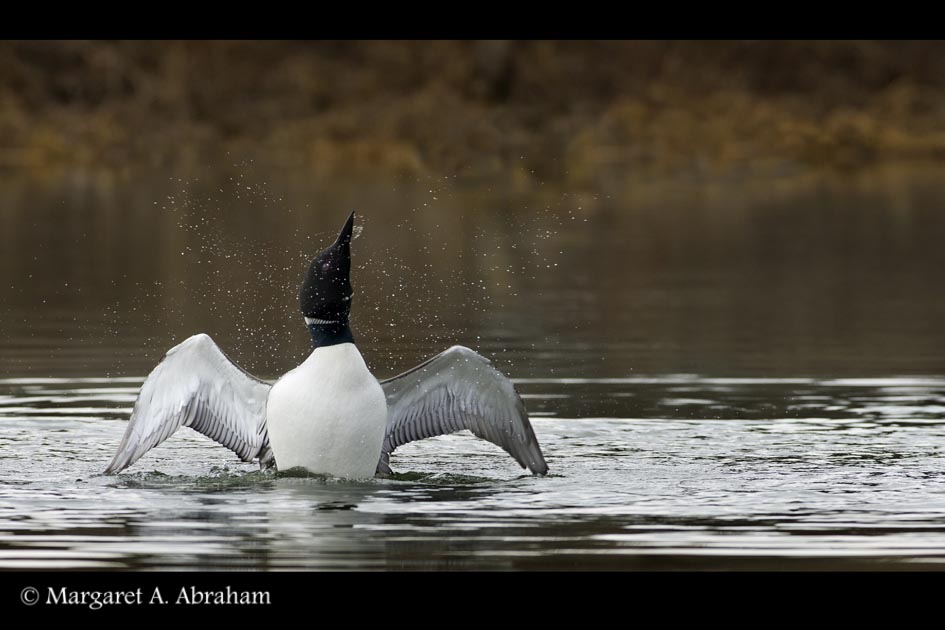 Every spring when the Loons return to the lakes around Grande Cache I spend hours watching them as they get ready to mate and nest. Their “call of the wild” is still music to my ears and I will never get tired of that sound. 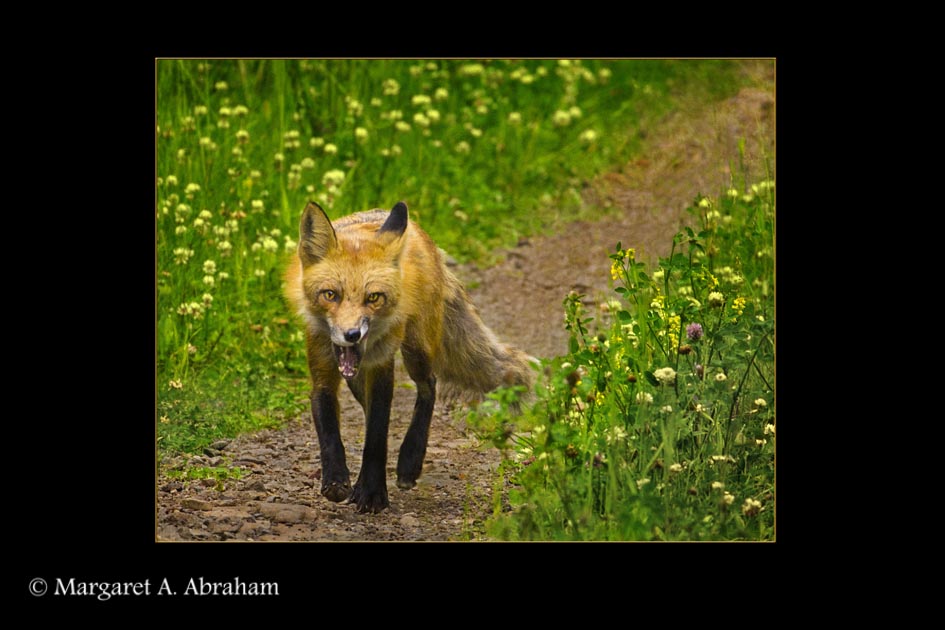 My husband and I were almost at the end of a hike on Mount Hamell when we heard the familiar sound of a very agitated Ground Squirrel. We followed the sound and saw a Red Fox just finishing off a meal of another Ground Squirrel. We saw him swallow the last leg and eat the bits that had fallen to the ground. He then started walking towards us licking his lips as he came along. Soon he came a little too close so I said “shoo” and a rather surprised Fox darted into the bush.
Sometimes nature seems cruel but each species needs to survive. To see more Fox photographs please view my Wildlife photography.